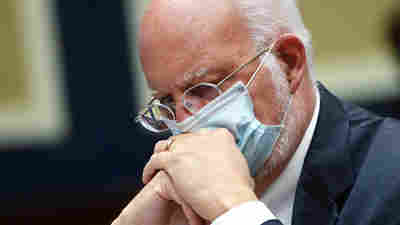 “Our best estimate right now is that for every case that was reported, there actually were 10 other infections,” Dr. Robert Redfield, director of the Centers for Disease Control and Prevention, said during a conference call Thursday. Redfield is pictured during a hearing of the House Committee on Energy and Commerce on Tuesday.

CDC: At Least 20 Million Americans Have Had Coronavirus. Here’s Who’s At Highest Risk

The U.S. has had about 10 times more coronavirus cases than were captured by testing, according to new estimates released by the federal government.