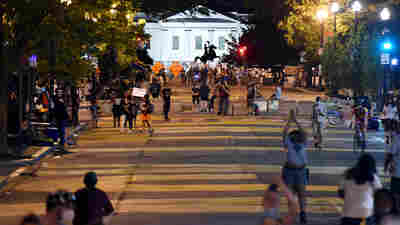 Protesters gather on Friday night at Black Lives Matter Plaza in front of the White House and the statue of former President Andrew Jackson, which is protected by a fence and concrete blocks.

The retweeted video comes as most Americans say President Trump has mostly increased racial tensions in the country.