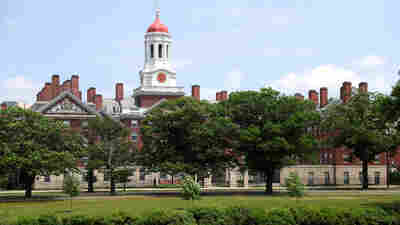 Harvard University, shown here, and the Massachusetts Institute of Technology sued the Trump administration over a rule change that would have barred international college students from taking online course loads in the U.S. In court on Tuesday, a judge announced the government would rescind the directive.

A federal judge announced on Tuesday that ICE has reached an agreement with schools that sued it over the rule change. The directive will now be rescinded nationwide.