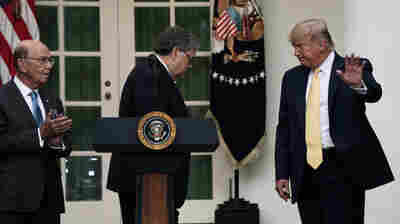 With No Final Say, Trump Wants To Change Who Counts For Dividing Up Congress’ Seats

The president is calling for unauthorized immigrants to be excluded from census numbers used to divide seats in Congress. The Constitution says the count must include every person living in the U.S.