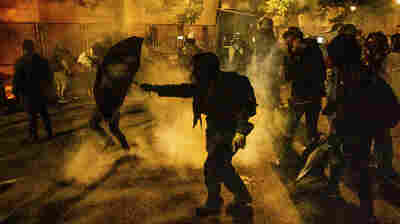 Protesters walk through chemical irritants deployed by federal agents in Portland, Ore. The inspector general of the Justice Department says he is investigating federal officers’ roles in responding to protests in Portland and Washington, D.C.