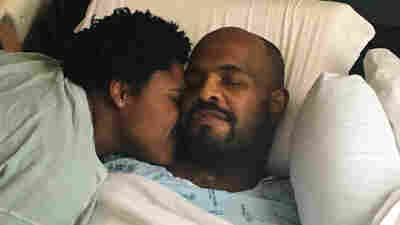 Melissa Hickson says no one asked her husband Michael, shown here with stepdaughter Mia, if he wanted to keep getting treatment. “He would say: ‘I want to live. I love my family and my children … that’s the reason for the three years I have fought to survive,'” she says.

The hospital said it made a humane decision to end treatment. Michael Hickson’s widow says doctors ended his care because they underestimated the life of a man with significant disabilities.