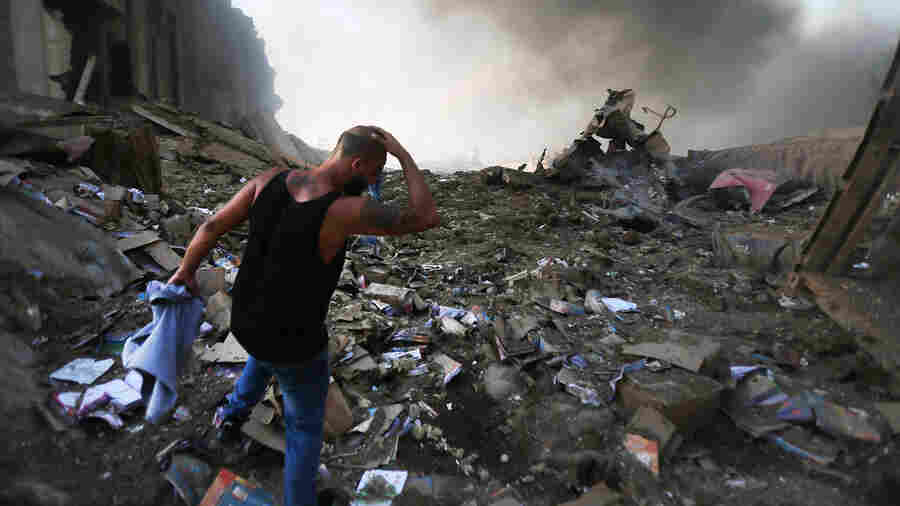 A man walks through debris near the scene of an enormous explosion in Lebanon on Tuesday. At least 70 people are killed and at least 2,700 people were hurt. The blast shattered windows and damaged buildings across a wide swath of the city.

The blast has killed dozens and hurt thousands in Lebanon’s capital. Images show firefighters dousing flames in the port, people walking through debris and ambulances lined up to help the injured.