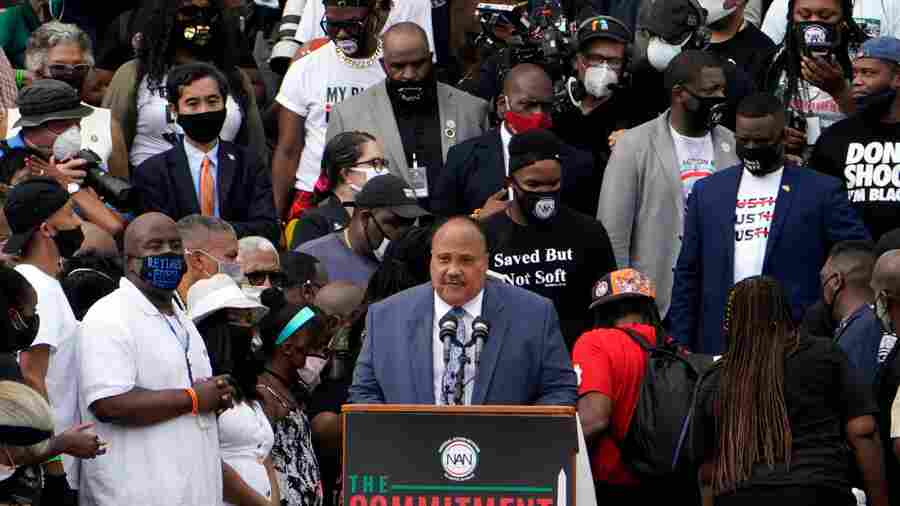 Human Rights Advocate Martin Luther King III (C bottom) speaks at the Lincoln Memorial during the “Commitment March: Get Your Knee Off Our Necks” protest against racism and police brutality on in Washington, D.C., on Friday.

Thousands Gather For March On Washington To Demand Racial Equality

The “Get Your Knee Off Our Necks” march comes as frustration over police brutality and use of force have sparked national protests following the Memorial Day killing of George Floyd.