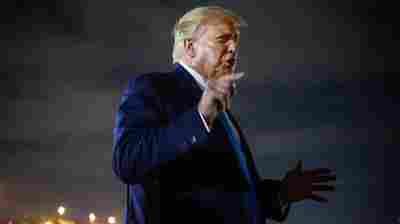 President Trump vociferously denied a report by The Atlantic that he has privately denigrated people who serve in the U.S. military.

President Trump vehemently denied a report in The Atlantic, which cited unnamed sources describing offensive comments he has made about America’s war dead and wounded veterans.