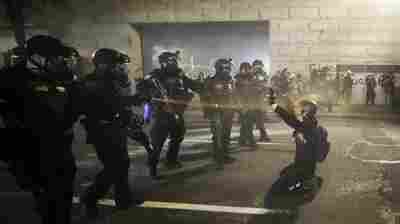 A demonstrator is pepper-sprayed July 30 shortly before being arrested during a Black Lives Matter protest at the Mark O. Hatfield United States Courthouse in Portland, Ore.

Review Of Federal Charges In Portland Unrest Show Most Are Misdemeanors

That finding by NPR is in stark contrast to the Trump administration’s description of the Oregon city as being under siege by radical leftists.