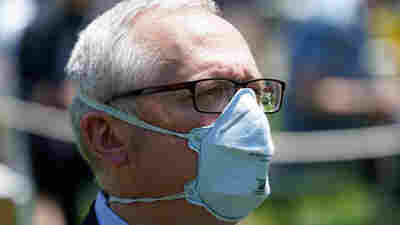 Michael Caputo, pictured at a White House event, is taking a 60-day leave of absence from his job as lead spokesperson for the Department of Health and Human Services, after alleging Trump opponents have interfered in the coronavirus response.