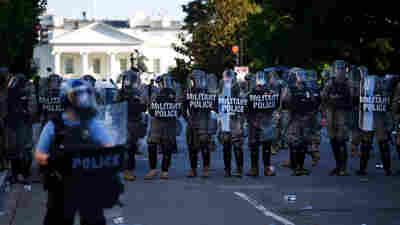 Military police hold a line near the White House as demonstrators gather to protest police brutality on June 1, 2020 in Washington, D.C.

Hours before federal police cleared peaceful protesters near the White House on June 1, a whistleblower got an email asking to find a device that would make protesters’ skin feel like it was burning.