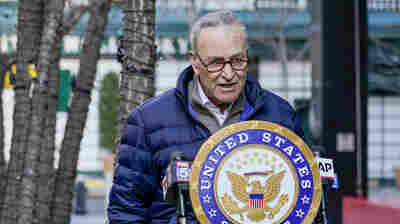 Chuck Schumer, now the Senate majority leader, has rejected some Republicans’ argument that a former president can’t face an impeachment trial in the Senate.

“The Senate will conduct a trial on the impeachment of Donald Trump,” Majority Leader Chuck Schumer said Friday on the Senate floor. “It will be a fair trial. But make no mistake, there will be a trial.”