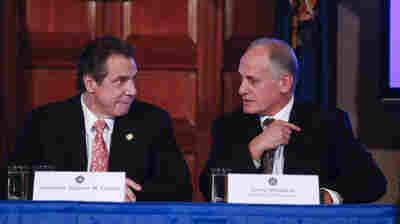 Larry Schwartz, a longtime aide to New York Gov. Andrew Cuomo, called local officials in New York to gauge their loyalty to the governor. Some local officials viewed it as a threat to cut off vaccine.