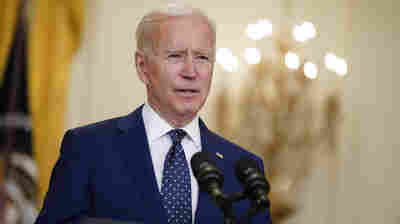 President Biden, pictured in the East Room of the White House on April 15, announced Monday that the administration is lifting the ceiling on the number of refugees who can be admitted into the country this fiscal year.

The new ceiling for refugee admissions will be 62,500 — far above former President Donald Trump’s cap of 15,000. Advocates had been concerned Biden was not moving fast enough on a campaign promise.