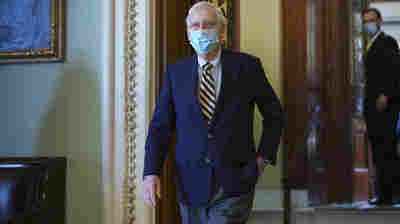 Senate Majority Leader Mitch McConnell, R-Ky., made the case on the Senate floor that voters elected a GOP majority to confirm judicial nominees. This comes after the death of Justice Ruth Bader Ginsburg opened up a vacancy on the Supreme Court.

Senate Majority Leader Mitch McConnell said that voters elected a GOP Senate in 2016 and strengthened it in 2018 because they wanted action on the president’s federal judicial nominations.