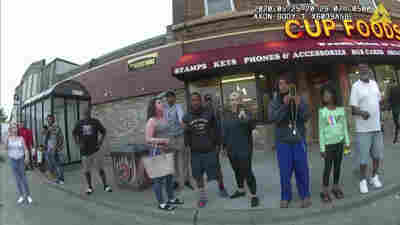 This image from a police body camera shows people gathering as former Minneapolis police officer Derek Chauvin was recorded pressing his knee on George Floyd’s neck for several minutes as onlookers yelled at Chauvin to get off and Floyd said that he couldn’t breathe on May 25, 2020 in Minneapolis.

The 17-year-old described then-Minneapolis officer Derek Chauvin as “kind of angry,” adding that “he was digging his knee into George Floyd’s neck” and he threatened bystanders with a can of Mace.